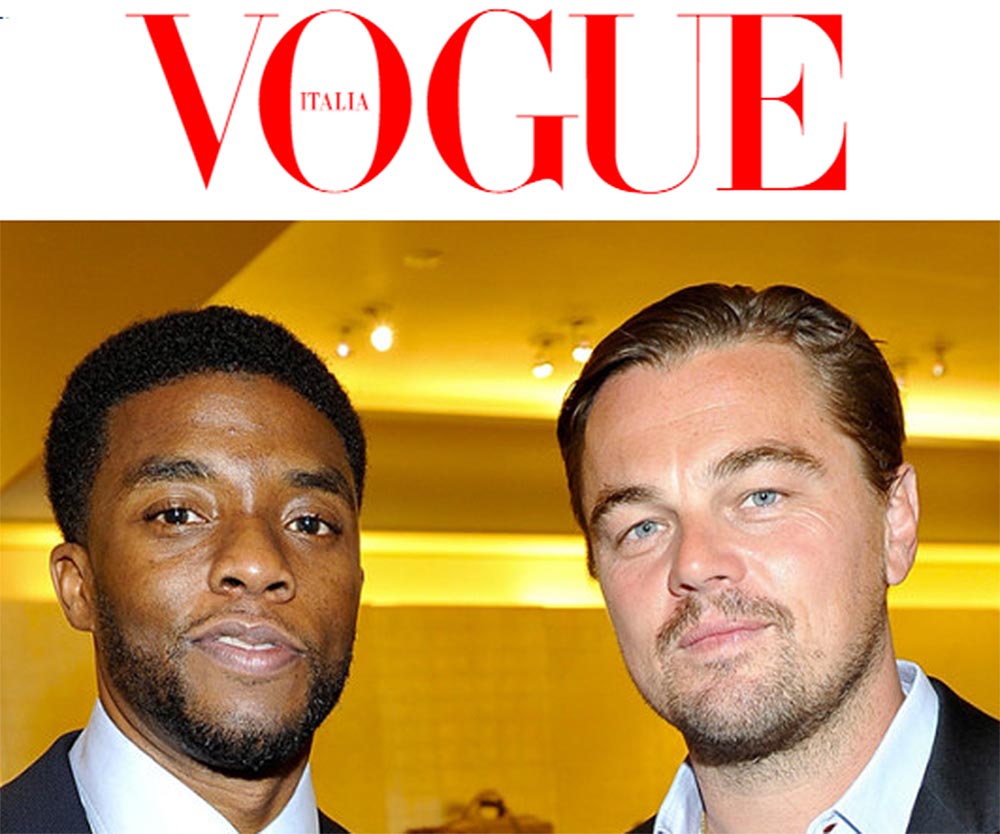 Just days before the annual Oscar awards, Hollywood parties like there is no tomorrow.

All over town A-list actors, actresses, directors, producers and writers get to be dressed by noted designers and attend a soiree of parties given at hotels, restaurants, and private venues that all seem to collide into one big kaleidoscope of fashion.

At the Global Green Pre-Oscar Party held at Mr. C. Beverly Hills Hotel, the actual green carpet was made of regenerated fiber designed by Italy-based Aqualfil and Milliken rugs. “It is the first one that we made in the United States,” CEO Giulio Bonazzi told Vogue.it.

Mitchell, who is in London Has Fallen with Gerard Butler and Morgan Freeman said she likes attending the Global Green awards, “Not only because I want to support the organization but also because I learn so much when they have their award ceremonies; people that they award are fascinating people in integrity and building for a better world.”

And if that wasn’t enough, Stevie Wonder performed at the event’s dinner and rooftop lounge party.

Across town, Rachel McAdams and Mark Ruffalo were being honored at a dinner party given by Barney’s New York department store and Vanity Fair, at the venerable Chateau Marmont. McAdams wore a navy blue cut-out David Koma dress with Christian Louboutin beige pumps.

Essence Black Woman in Hollywood event held at the Beverly Wilshire was a popular destination especially with increased diversity on the minds of many. Attendees included Oprah Winfrey, Grey’s Anatomy, Scandal and How to Get Away With Murder creator Shonda Rimes, singer/actress Kelly Rowland, actresses Nicole Ari Parker, Meagan Good, Erica Campbell, Zendaya and LaLa Anthony.

Blackish star Tracee Ellis Ross was among those honored. Anthony wore a beige Victoria Beckham dress while singer/actress Zendaya work a silk polka dot jumper by designer Thakoon (Panichgul), whose designs have been admired by US Vogue Editor, Anna Wintour (he features in Vogue documentary, The September Issue) and worn by US First Lady, Michelle Obama.

The theme was black female empowerment and sisterhood encouragement.

At the Montage Hotel, past Oscar winner Matthew McConaughey, actor Seth Rogen and actresses Olivia Wilde and Gina Rodriquez was among the honorees at Variety’s Unite4:Humanity Gala Presented by Karma for work with their individual charitable foundations.

Wilde currently staring in the HBO cable show, Vinyl, wore a light pink, long-sleeved gown by Eli Saab (2016 collection) with Kurt Geiger sandals while Rodriquez, best known for the US television series, Jane the Virgin, wore a sleeveless blue and gold dress by husband and wife designers Sachin and Babi, with Stuart Weiztman shoes and earrings by Jack Vartanian.

Oscar nominee Hailee Steinfeld (True Grit) has added musician to her bio and she got a chance to express it while hosting a Vanity Fair and L’Oreal Paris DJ Night With Taryn Manning at Palihouse Holloway in West Hollywood. Joe Jonas and his band DNCE with whom she has recorded a single were also on hand. Steinfeld wore a sleeveless black lace jumpsuit by Givenchy. The Danish Girl’s Alicia Vikander showed in a puffy-sleeved floral dress by London designer Erdem up at the Women in Film Pre-Oscar Cocktail Party at Hyde Lounge in Los Angeles. Also wearing Erdem was actress Michelle Monaghan.

By the beach in Santa Monica, hours before the Oscars, The Independent Spirit Awards were a mix of many different styles and designers. Oscar winner Marisa Tomei wore a sleeveless, floral dress with orange-red Jimmy Choo pumps and a Giueseppe Zanotti clutch. Bri Larsen wore her sleeveless matching skirt and top Chanel with silver Casadei platform sandals. Rooney Mara wore a black dress by Hugo Boss.

At the L’ermitage Hotel in Beverly Hills, Straight Outta Compton writer, S. Leigh Savidge was waiting patiently in a hotel suite while his wife tried on hanging diamond earrings to wear with her beige Liza of Beverly Hills dress on Oscar Sunday and to the Governor’s Ball afterwards.

The man helping her choose her earrings is celebrity stylist, Michael O’Connor has selected the appropriate jewelry and clothing for stars to borrow for award events for 15 years. His clients have included Amy Adams, Emmy Rossum, Eva Longoria and Debra Messing among others. “I’ve worked with all the people from The Office and Desperate Housewives,” he tells Vogue.it.com. However, he wouldn’t say who he had worked with for the 2016 Oscars, only the films. So perhaps his work was seen on Revenant’s Leonardo DiCaprio? Room’s Brie Larsen or perhaps Spotlight’s Rachel McAdams?