Wesley Snipes takes a Vegas-style gamble on crime in NBC’s The Player. 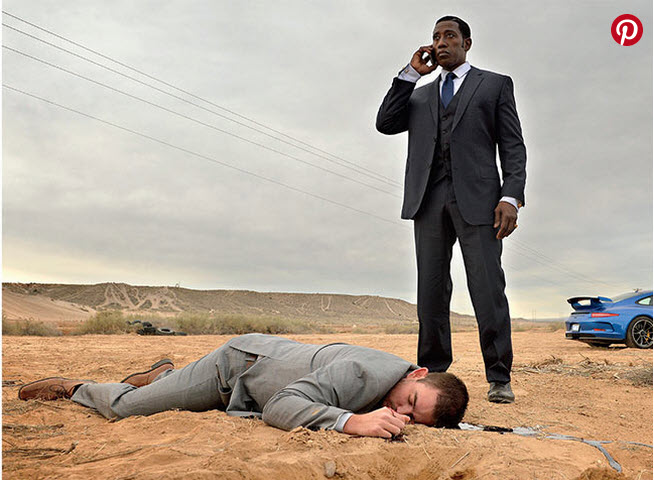 A scene from NBC’s The Player.

A law enforcement officer is suddenly whisked away from his job and ushered into the high-roller Vegas penthouse suite of a mysterious man and woman representing an even more mysterious organization. The man explains that he is the pit boss for a worldwide group of wealthy patrons who bet on exceptionally trained people to stop crime. If the officer accepts their offer to work for them, he will be the player—and all bets will be on him.

That’s the premise of Wesley Snipes’s new series, The Player, in which he stars as the pit boss running the highest stakes game in town, with Philip Winchester (of Strike Back) as his pawn—er, player. Snipes has portrayed his share of action good guys and bad, but his Mr. Johnson is a bit more complicated. The actor also shares the spotlight with Las Vegas itself, where the series is based. In fact, tourists enjoying the Fremont Street Experience may have recently spotted a scantily clad Winchester brandishing a gun while filming a pivotal scene for the first episode. In the pilot alone, look for an aerial view of a Cirque du Soleil performance, cameos by Treasure Island and Encore, and even a high-speed chase outside Mandalay Bay. Vegas checked in with Snipes to ask about shooting the new show.

This is your first TV series. What is this schedule like for you?
[We’re] shooting eight-day weeks, and literally while we’re shooting, they hand us the script for the next episode. While they’re doing post-production on the last episode, sometimes the second unit is still working on the previous episode.

So it’s fast.
Very, very fast. [That’s] a great recipe for mediocrity or producing a mediocre product, and a great challenge to the artist to preserve quality under the time constraints.

Your costar Charity Wakefield came to Vegas for research and won at blackjack. Would you say the show’s plot is like a game?
Oh, yes. Mr. Johnson is three, four, five moves ahead of everybody else, or at least he thinks so. The cool thing is that this is multilevel chess, because all three characters have their own agenda. Cassandra [Wakefield] has her agenda. The player has his agenda—he’s playing on one level. And of course Mr. Johnson. Then you have the agendas of the global house as a whole—the wealthy who helped create the system, which we don’t know about. I hope we have enough intrigue to keep the ladies coming back. The Player airs Thursday nights at 10 pm on NBC.