By Diedre Johnson for The Crisis Magazine

John Lewis: Good Trouble isn’t filmmaker Dawn Porter’s first documentary but just may be the first set to debut with such perfect timing. 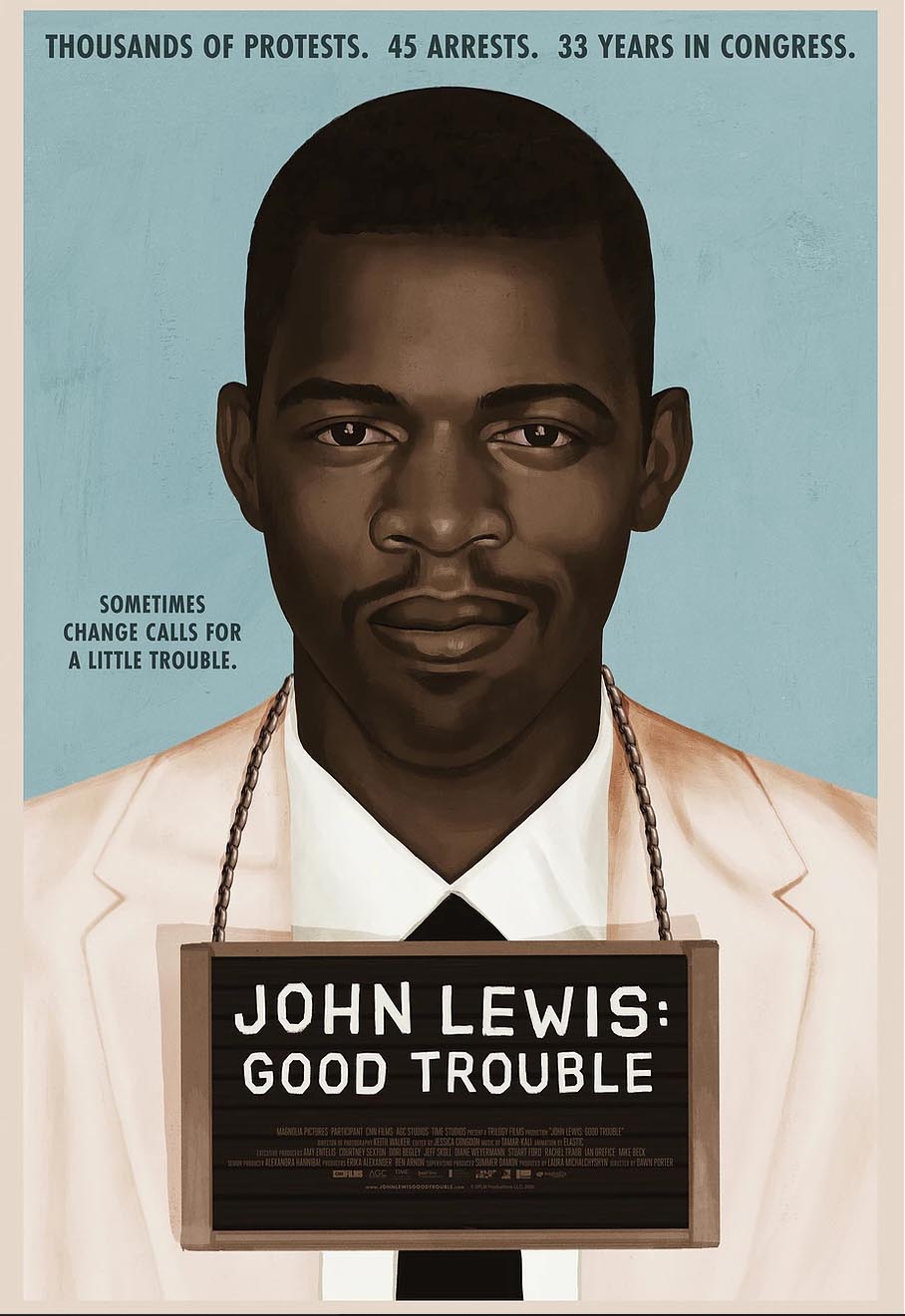 Good Trouble, set to debut in theaters and on demand on July 3, is an in-depth look at the life and times of the legendary 80-year­old congressman from Georgia who has spent more than half his life as a civil rights activist. 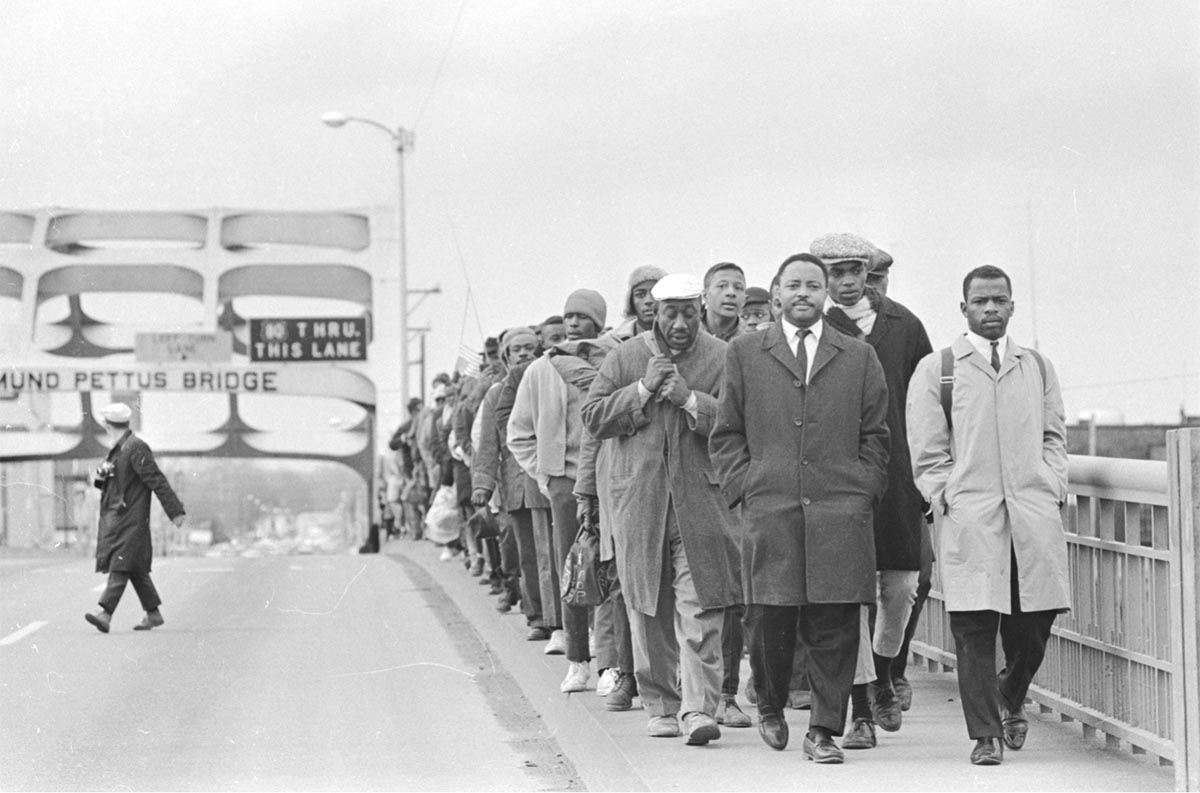 Inspired by Rosa Parks and starting as an activist under the tutelage of Dr. Martin Luther King Jr., Lewis was one of the most active personalities of the Civil Rights Movement in the 1960s. He was a Freedom Rider, chairman of the Student Nonviolent Coordinating Committee (SNCC) and he played a pivotal role in historic events such as the 1963 March on Washington for Jobs and Freedom and the 1965 Selma-to-Montgomery march. So many from that turbulent period have fallen from the sands of time but Lewis is still standing, switching from activism in the streets to the same in the House of Representatives.

The title of the documentary comes from Lewis’ now well known quote encouraging morally and socially aware activists to get into “good trouble, necessary trouble.”

Porter is an award-winning producer and director, whose resume includes Gideon’s Army Spies of Mississippi (PBS) and Bobby Kennedy for President (Netfix). She had long admired Lewis and simply wanted to .nd out more about him and share that with the public.

Later, Porter and Senior Vice President of CNN Films Courtney Sexton, discussed the possibility of a .lm about Lewis while both were attending the Tribeca Film Festival in 2017. Sexton, who handles the production of CNN documentaries, and Amy Entelis, CNN’s Executive VP of Talent and Content, were looking for collaborators.

“I leapt at the chance,” Porter recalled. “We had interviewed John Lewis for the Bobby Kennedy series and he was the star of the show. When I looked around I saw there weren’t really as many .lms about him as you would imagine. I also knew how much great archival footage was there. I was kind of in the headspace during that time that this was a really natural next project for me.”

The result is a moving, emotional documentary that covers all of Lewis’ years helming the sit-ins and marches but also his current life as a congressman with an illustrious past; how the years as a young man in the street have given way to his current incarnation as a revered statesman. In the documentary Lewis appears more polished as a politician but still very impassioned.

While much of the film concentrates on his professional career, we also get to see that Lewis found time for a private life, an equally politically astute wife (the late Lillian Miles Lewis) and son, John-Miles Lewis.

Since his wife’s death in 2012, the congressman has lived alone at his Atlanta home when not in Washington or on speaking engagements.

“You know what is surprising about him is that he’s very quiet,” Porter says. “You see John Lewis and you think this fiery preacher, but at home he is very soft-spoken. He’s very funny, very kind, very thoughtful. Every time we’d come to his house, he’d have gone to Costco and bought doughnuts for us.” 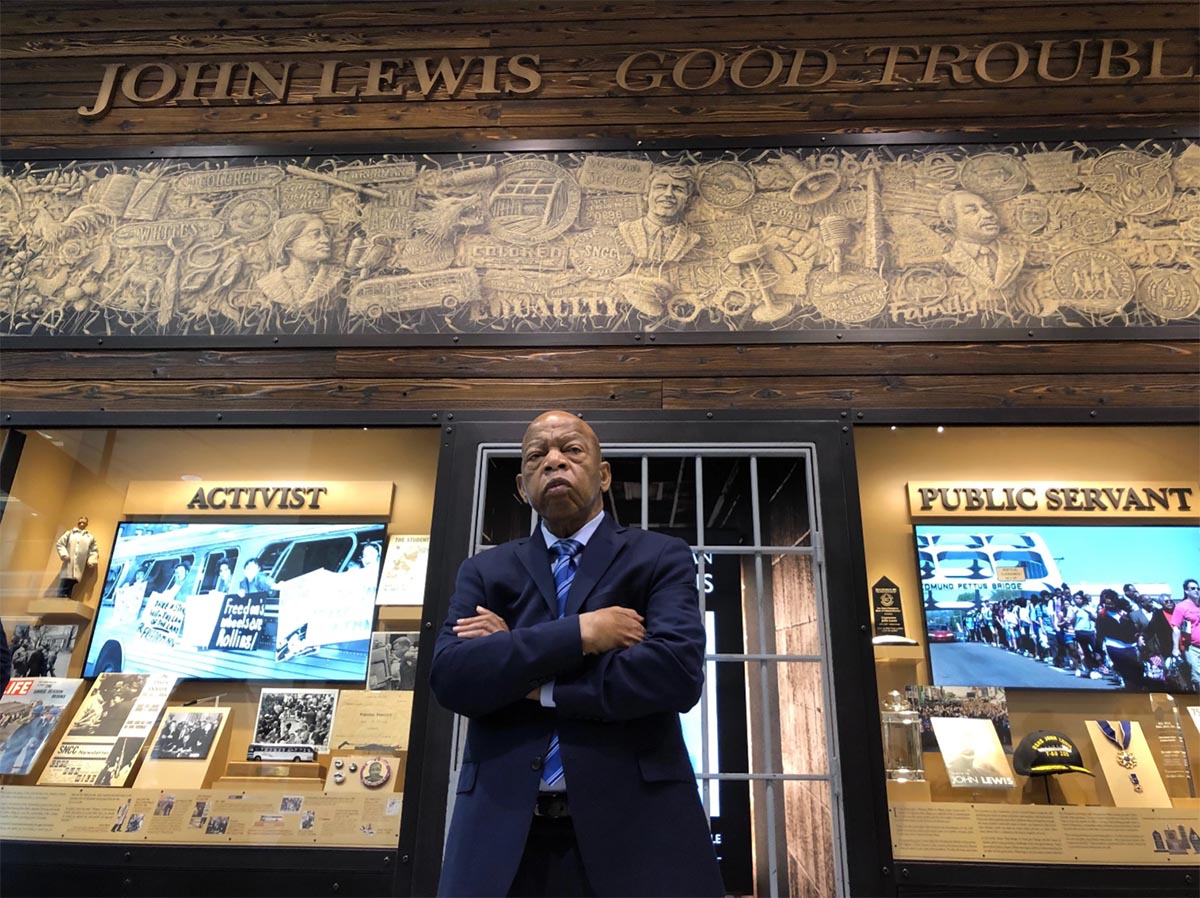 “He’s very humble,” Porter added. “I think he’s very satisfied with life.”
Porter and crew filmed Lewis for a year and then edited.

There were rudimentary procedures to go through such as getting permission to film a sitting member of Congress, going through archives to .nd materials that had not been often seen.

“And then John’s is a public life with so many accomplishments. How do you condense that into 90 minutes?” Porter asked.

But probably the biggest challenge was keeping up with the octogenarian politician. “He is a very busy man who flies from Washington to Atlanta. He’s in Congress. He does a lot of work in the .lm district,” she says. The filmmaker says she is “grateful” the film is coming out now.

“We really wanted it to come out before the election because voting rights is one of his legacies and of course none of us could have predicted that this moment would be the moment that we would be where we are now,” Porter said. “People need to know the history of the protests and the history of how hard it was to [do]. I didn’t wish this moment on anybody but I think the film will have a deeper meaning for people because of the time that we are living in.”

Porter recalled Lewis’ early days and how he fought for things that he had not seen, such as true equality or the possibility of one day having a Black president.
Making the documentary, Porter noted, “made me kind of stronger in my resolve. I don’t want [Lewis] to ever be for nothing but I think it is up to us to be the change that we want. For each of us to ask ourselves ‘Are we contributing to the solution or to the problem?’ And silence is the problem,” Porter says. “History gives us a sense of perspective that things that are impossible, you actually can achieve.”

Link to the original article on THE CRISIS website.