Let’s not start this by saying this is not your grandmother’s (or your great grandmother’s) Perry Mason, because, actually it is. HBO’s prequel of Erle Stanley Garner’s mysteries is set in a visually detailed, Depression-era Los Angeles. This Mason is broke, divorced, and struggling with PTSD from WWI. He also has a mean temper. 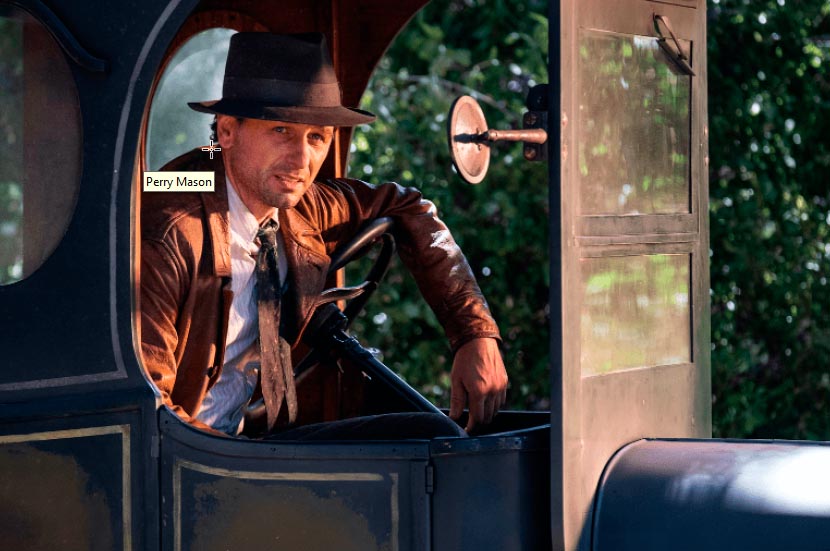 If you have a taste for classic black-and-white TV shows and have checked out any of the over 200 episodes of the 1950s–’60s version, you’ll know that Perry Mason is a pristine-dressed (for those times) lawyer with a spacious office in a nice part of town. He has a very loyal executive secretary named Della Street, a receptionist, plus a few doors down is a private detective, Paul Drake, that he uses for his cases. He drives a nice car and dines in ¡ne restaurants, and each case is very neatly tied up by the end of the show. Suspects confess on the witness stand.

Now, forget all that, listen to a jazz score by Terence Blanchard, and drop into gritty, 1931 Los Angeles where Perry Mason (Matthew Rhys) is barely making it trying to earn $200 by digging up dirt on a celebrity much like a tabloid reporter. 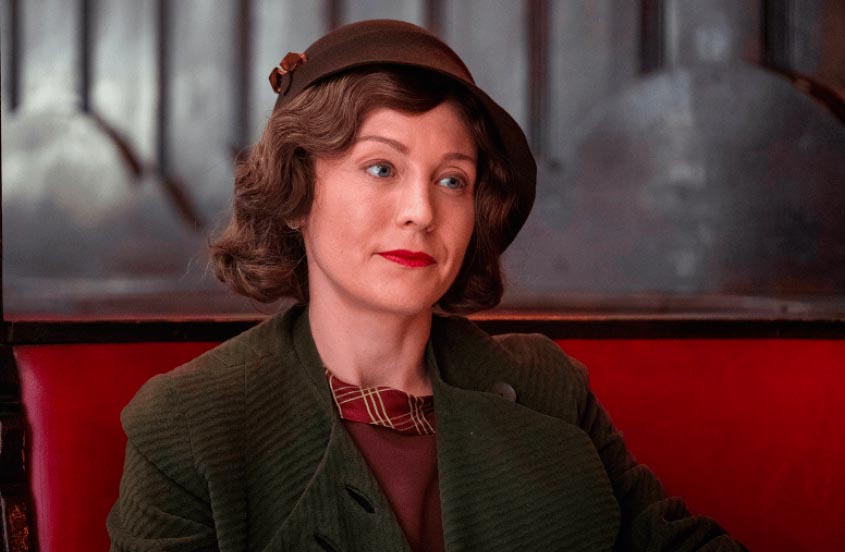 He’s not a lawyer but a private investigator; however, he does work for a lawyer (John Lithgow) who has a legal secretary named Della Street (Juliet Rylance) but Perry works with his own part-time (Shea Whigham) assistant to solve cases. Pretty soon a horrifying murder occurs throwing all concerned headlong into some sordid business.

With Chris Chalk (When They See Us) playing policeman Paul Drake, the only Black cop on the Los Angeles police force and having to adhere to the heavy-handed racial mores of the time as well as the Thin Blue Line, the plot could be straight out of right now. Stuck between being true to his race, his family, his racist police bosses,
and himself makes for a complicated character. 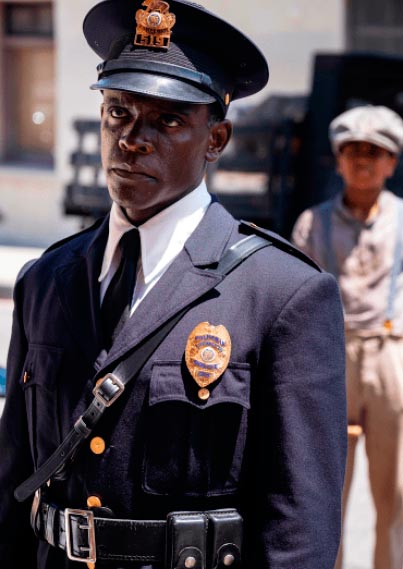 Mason and Drake have a run-in early on and it could also be straight from current headlines. Shout out to writers Rolin Jones and Ron Fitzgerald for not shying away from addressing how a white man and a Black man who were strangers might really have related to each other in the 1930s.

Indeed diversity is having its moment in this production. In addition to Chalk, there’s Diarra Kilpatrick (The Last OG) as his loyal wife, and Perry Mason’s love interest isthe Mexican actress Veronica Falcon, representing her ethnicity as well as the seasoned sexuality of a woman of a certain age.

ALSO READ Social Distance’ Season 1, Episode 5: “You Gotta Ding-Dong Fling Flong the Whole Narrative” — RECAP
And aging and ageism are touched on as award-winning character actor John Lithgow plays litigator E.B. Jonathan whom Mason works for. Camera close-ups catch every moment of doubt as he stares in the mirror or forgets an important thought, such is his frustration and fear as someone who feels he’s fading. He tells a colleague who hints he should retire after someone else actually did, “He’s 90! I’ve got 16 years on him!” 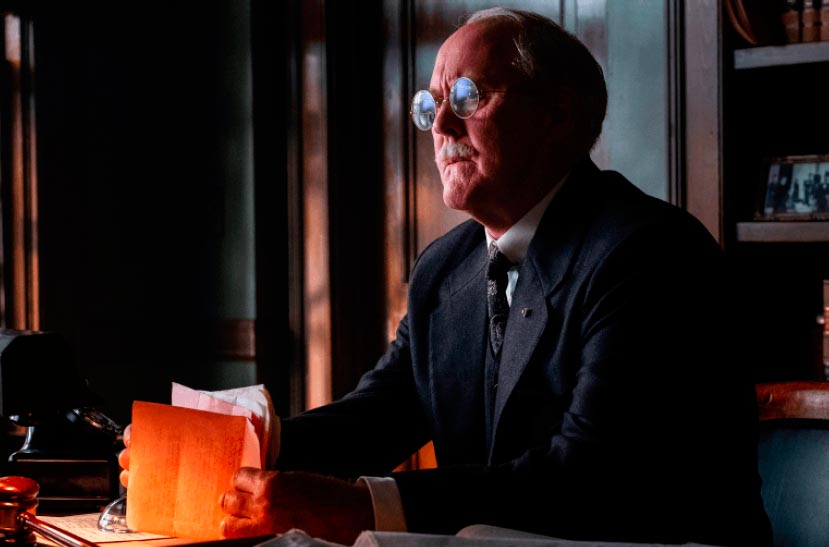 Emmy winner Rhys brings just the right amount of world-weariness to Mason and a little mystery despite war scene flashbacks to explain away some of the character’s depression.

The mystery is ftting, because author Gardner reportedly focused on the murder plots and not his character’s backgrounds in his books. But, this is a miniseries so we get to see a lot characterization. For example, Della is no longer seemingly asexual or pining for Perry in this version. Instead, she comes from a wealthy family and has a girlfriend.

Rylance, so good in HBO’s The Knick, brings Della to life as a liberated woman stuck in the wrong time period. While she shares Mason’s concern for fairness and justice, she doesn’t like his way of doing things and has a way of letting him or any man know that she’s smart and doesn’t need their BS.

Shea Whigham, who was scary as a criminal in Boardwalk Empire, is both straight man and cool conspirator to Rhys’s Mason as they work on the case. Whigham its into period productions well, wearing a bowl haircut and newsboy cap coolly perched on his head.

Basically, the cast is great, with Emmy winner and Orphan Black chameleon Tatiana Maslany as a revival preacher, Sister Alice. Her mom is played by Lili Taylor. Showtime’s Penny Dreadful: City of Angels explores this same territory of 1930s Los Angeles and also has a female evangelistic preacher played by actress Kerry Bishe. While both characterizations are good, it’s hard to touch Maslany’s charisma. Both characters are loosely based on areal person of that time. 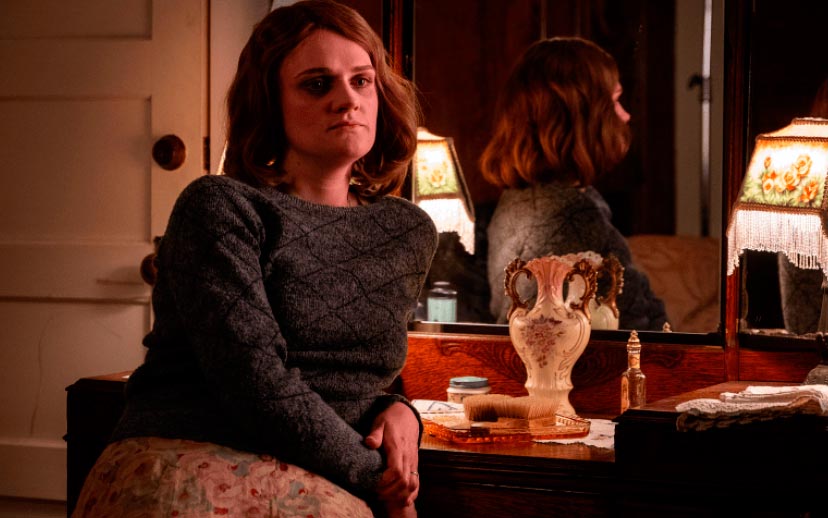 Finally, Gardner wrote all eight of his Perry Mason books in the 1930s. They were made into movies back then, then a radio show followed by the old TV series. So, in order to tell the story of how he becomes the Perry Mason that fans know, there’s this nostalgic, sexy, tawdry ride down memory lane.