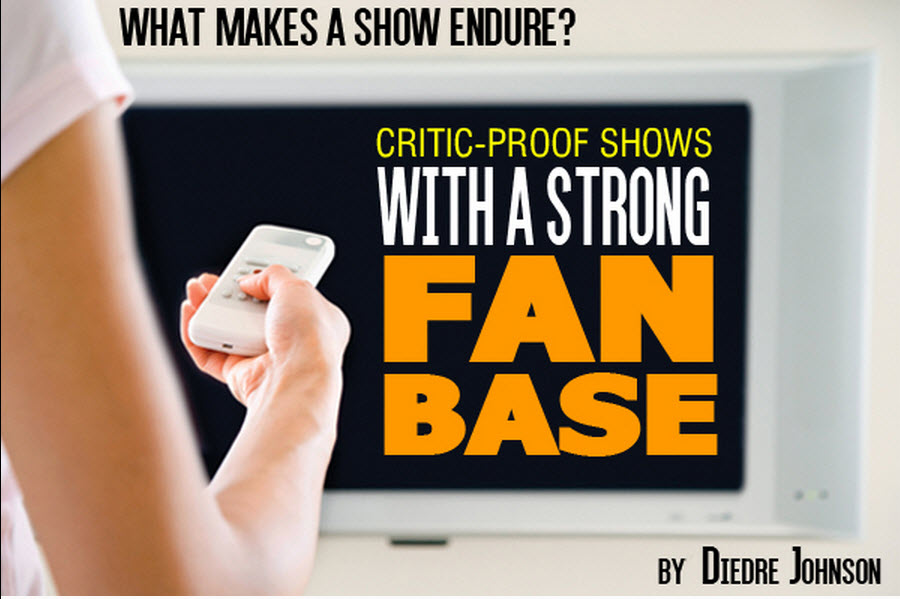 There’s no sell-by date on a good thing, and beloved TV shows with high ratings are considered just that, a good thing for the actors, writers, directors, show runners and fans. As we enjoy summer but look towards the fall for the reveal to cliff hangers and the unveiling of new shows, Dishmag takes a look at three that have found their fan base and as a result, are still going strong after most shows say sayonara. 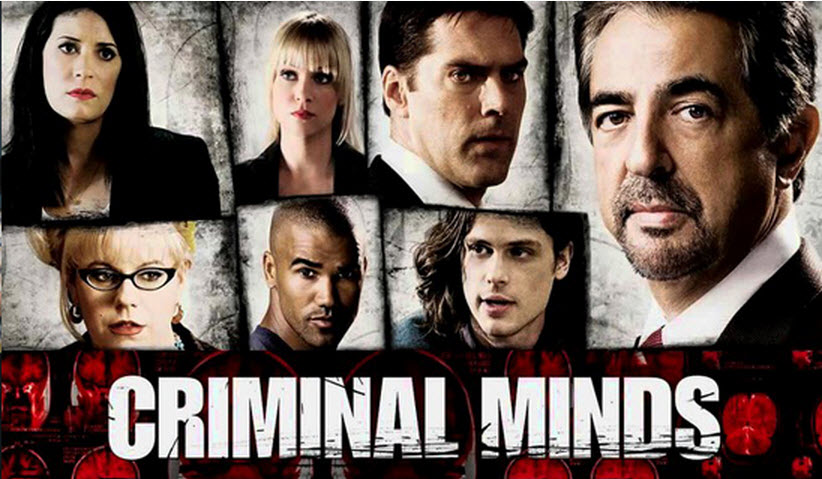 The Premise: A Virginia-based group of super-smart, analytically brilliant FBI profilers use their high IQs to solve crimes by thinking about what the criminal will or would do. In the midst of this, viewers get a glimpse inside their personalities and personal lives. The cases can be grim, so the writing allows the characters to show their distaste and battle fatigue while working.

This was portrayed brilliantly by the talented Mandy Patinkin during the first three seasons, but then Patinkin reportedly left the show just because he did not want to continue working with such dark situations. Other cast members would come and go throughout the first (yes, first) nine seasons, but none of this hurt the show as fans stayed for the plots.
Brillianty portrayed 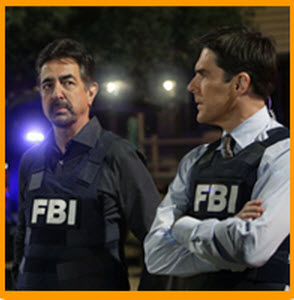 “I remember season one,” says show star Shemar Moore. “We didn’t know if we were going to get out of the gate but all these years later, we’re the little train that could. The fan base has been so loyal. Our numbers keep climbing every year and our writers keep churning out weird, weird, creepy bad guys.”

Indeed, Criminal Minds ranked in the top 10 of all primetime programs and was the fourth most watched television drama, averaging 14.28 million viewers, up 11 percent from a year ago and placing first in its time period according to show spokesperson, Vernon Cheek.

The current line up is Thomas Gibson, Shemar Moore, Joe Mantegna (he replaced Patinkin), Matthew Gray Guber, Kirsten Vangness, A.J. Cook and Jennifer Love Hewitt. However, Cook is out on maternity leave and Hewitt is taking a year off during her pregnancy. This just in, Archer’s Aisha Tyler will be recurring when the show comes back in the fall for season eleven. 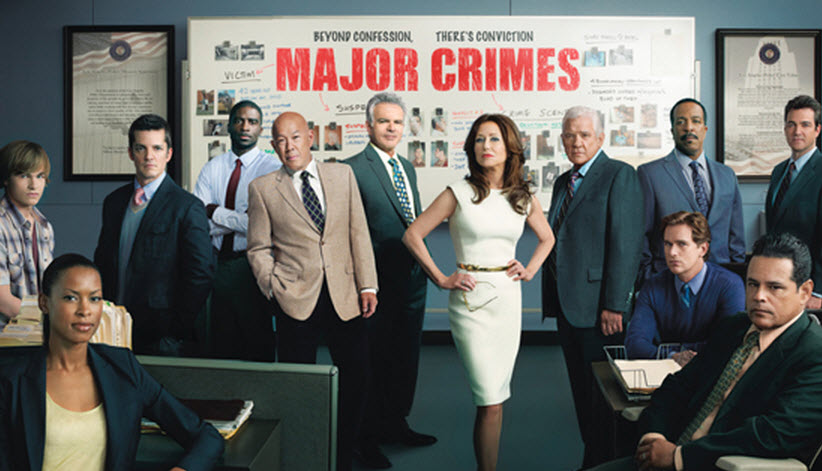 The Premise: A calm and confident policewoman (Mary McDonnell) is promoted to head of a special section of the Los Angeles Police Department (LAPD) called Major Crimes, but faces the usual skepticism that comes with being a female that ranks over many of her male staff. However, together they all solve big city crimes.

Major Crimes was a spin off of Kyra Sedgwick’s The Closer, with McDonnell’s character, Captain Sharon Raydor, coming into the department first as a nemesis for Sedgwick’s Brenda Leigh Johnson character, but as ‘Closer’ closes and ‘Crimes’ begins, the audience gets to see Sharon’s softer side and her motivations.
Calm and confident policewomen

The first show reportedly got 9.5 million viewers, the highest number for the debut of a show on cable. Since that time, it has reportedly tapered off to four to 4.5 million viewers per show, getting approximately 2 million viewers in the adult 25-54 group from DVRs and computers. Other than the US, the series is broadcast in Canada, Spain, Estonia, the UK, New Zealand, Austria, Brazil, Finland, Germany, Japan, Norway, France and Slovenia.

“The key to our show’s success is our plots, complimented by our strong characters,” says series star Anthony Denison (Lieutenant Andy Flynn). Dennison’s Lieutenant Flynn is a fan favorite for his antics opposite GW Bailey’s Lieutenant Provenza and his characters’ budding romance with Captain Raydor (McDonnell). So much so that fans of the show gave the characters a romantic nickname,“Shandy.”

“My character’s evolution is actually in the consistency of his behavior and nature,” he says. “He’s not afraid to evolve through learning new things, like his developing relationship with Sharon, #Shandy.”

Dennison, who played the same character on The Closer, is a veteran of cop shows, having played on the late eighties/early nineties series, Wise Guy and Crime Story. “With Major Crimes, expect consistency,” he says. “Story lines for the remainder of the summer and then again in our winter airings will be the same great commitment to keeping our stories, plots and characters fresh without ever taking anything for granted.” 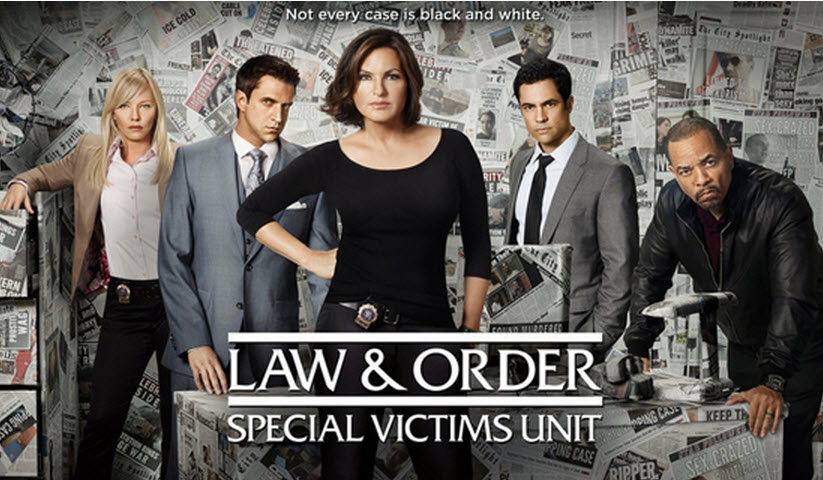 LAW & ORDER: S.V.U.
The Premise: We know the drill from the voice over of the show. “In New York City, the dedicated detectives who investigate these vicious felonies are known as the Special Victims Unit. These are their stories.”

Although a lot of characters have come and gone, Detective Olivia Benson (Mariska Hargitay) is a staple. Fans have watched for 16 seasons as she has battled the bad guys (and girls) and helped as many victims as she could. She’s been practically killed many times, imprisoned, kidnapped and nearly raped herself, but none of it feels like the Perils of Pauline. Instead, Hargitay has given Olivia a strong sense of compassion and empathy along with a hardy appetite for gritty cop work.

“Olivia’s journey in so many ways is about home and truth. As we grow, new doors open for us,” Hargitay told The Futon Critic online. “She went through the fire and then there was light at the end of the tunnel. There are new challenges obviously, but it is exciting to be on a new journey. Because of that the show feels so new and the character feels so new to me. There is nothing old about it; it’s all new issues, new challenges.”
Detective Olivia Benson 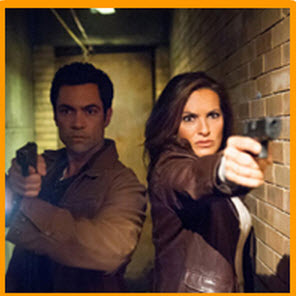 Law and Order SVU is creator Dick Wolf’s second longest running show in his Law & Order (L&O) franchise and it reportedly had higher Neilson ratings than L&O in first run viewings throughout the show’s twenty-year run.

The current cast includes Hargitay, Ice-T, Kelli Giddish, Danny Pino and Raul Esperanza, but in previous years had Christopher Meloni who played Olivia’s sometimes-troubled partner Elliot Stabler and a revolving door of famous and semi-famous actors and actresses. Those include Paula Patton, Stephanie March, former daytime actress (As the World Turns) Tamara Tunie, B.D. Wong and Richard Belzer, all of whom left the show before its end, which is not currently in sight.

The show has been renewed for its 17th season, and averages approximately 53 million viewers per week in original airings and syndication according to Forbes.

Viewers for the first run of the finale of the 16th season last May was 8.71 million!! Now, that is staying power!