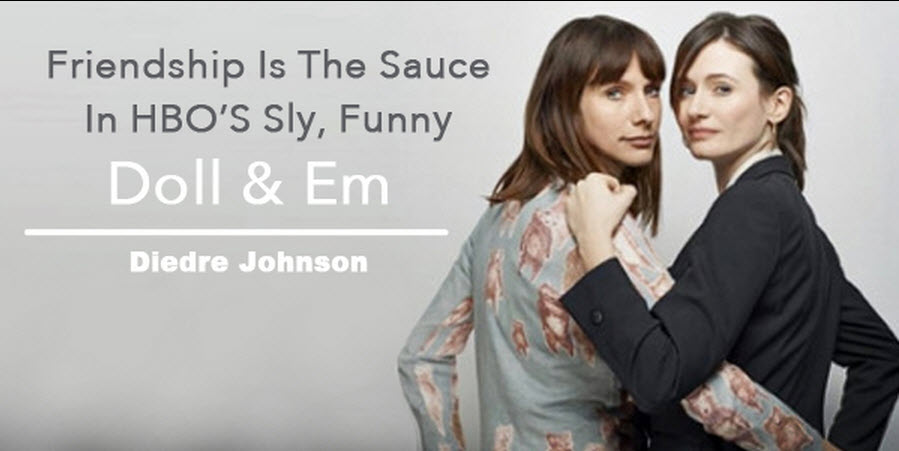 If you haven’t seen the first season of Doll & Em, the cleverly humorous HBO serial comedy starring Emily Mortimer, a British actress familiar to US fans of The Newsroom (and artsy films such as Woody Allen’s Match Point and Paris Je T’aime) and her bestie, Dolly Wells, don’t let that stop you from jumping into the second season. The reason is that this meandering scripted slice of life is funny enough without a back story or laugh track in sight. Still, it’s worth seeing both seasons if you have the time.
First broadcast on Sky Living in the UK, the six-episode comedy was later shown at the Edinburgh Film Festival, then commissioned by HBO in 2014. Season 2 airs this month.

Mortimer and Wells share a real-life, 40-year friendship, having first met when they were four years old. Wells—while known in the UK as a comedic TV actress—is virtually unknown outside of it. The two obviously thought this would be a good opportunity to tell a story, and what a story it is. While the names haven’t been changed, the series plots are actually very different from their real lives.

In Doll and Em, Wells isn’t married and Mortimer is. Wells, feeling down on her luck and life, needs a change and agrees to come to the US and work as Mortimer’s assistant, while doing a film in LA. What follows are all the problems that one can imagine might happen when a best friend becomes employed by the other. Especially one where both are actresses but one is currently better known than the other.

Suddenly they are dealing with all sorts of issues. Will Mortimer, being the bigger star, pull a star trip just because Wells is now her assistant? Will being near to Mortimer’s stable family (hubby and two kids) make Wells feel even lonelier and left out? Will Wells get motivated to do more to get her own career going in America? Will Wells find love? Will Mortimer be able to concentrate on her film? Will Mortimer finish the film?
“In the first season, it was much more Em,” says Wells. “From my point of view, I’d had a career in television in London but had absolutely nothing to lose, except I felt scared about our friendship because she’s really worked for a long time and was really respected in the business. And now, she’s taking off with her best friend.”

The second season, debuting this month, deals with the feeling of being physically displaced when the two decide to write a play for off-Broadway. Mortimer, having finished her film, is back living in New York with her family and Wells is living in their basement.

“All those things we miss about England, we were able to put into the second season,” says Wells. 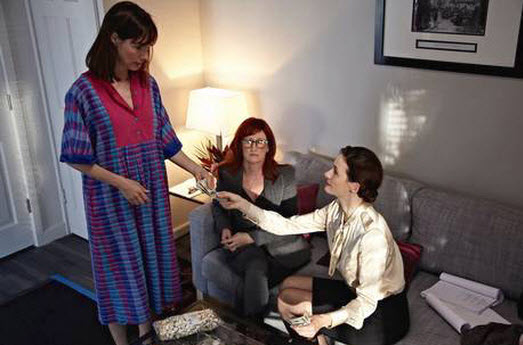 A little star power doesn’t hurt the premise. Second season guest stars such as Russian ballet legend Mikhail Barshnikov, Ewan McGregor, Evan Rachel Wood and Olivia Wild get into the vibe of the show without ever overshadowing its stars. While the first season featured Susan Sarandon and Chloe Sevigny, whom both actresses knew, “but in the second season neither of us knew Olivia (Wild) or Evan (Rachael Wood). But they had both seen the first season, and were really, sweetly excited about it and were fans,” says Mortimer, who had worked with McGregor in a film.

Of course, humorous and heartbreaking situations ensue, but what really happens in both seasons is a strong, good look at female friendship, something both actresses were told would not make a good show. 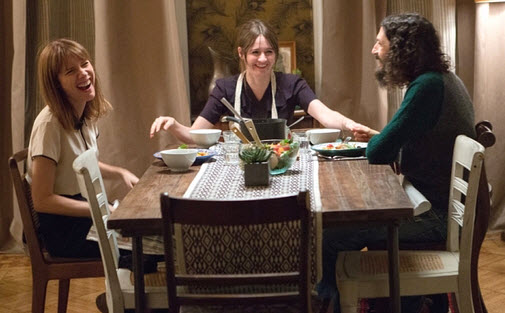 “The lovely thing is that we’re incredibly lucky. Emily’s husband Alessandra (Nivola, American Hustle, Selma) is the producer of this film, and it’s the first time he’s produced and he’s brilliant in every way. He’s really supportive, really creative but really sensible, just fantastic,” adds Wells. “I think those close to us were not horrified about it at first, but I think getting to the second season, there were mixed feelings. My husband’s an artist as well and he uses references to things around him, so I don’t think it was a huge stretch, but we did make them all jump on board and by the second season, we’ve got our mothers, our husbands, our children.”

In real life both Wells and Mortimer are married. In Dolly and Em, Mortimer’s husband is played by Wells’ real life hubby and her “children” in the show are Wells’ children.

Confused? Only if you are carefully following along.

“I was in the kitchen in London and Emily and I were saying, ‘who do we get to play your husband?’” explains Wells.

Adds Mortimer: “[Dolly’s husband] is a photographer in real life. He’s never acted at all. Then, in the second season, he’s brilliant. So we wrote a huge part for him, and imagine if he hadn’t been good? There was a lot of pressure.” 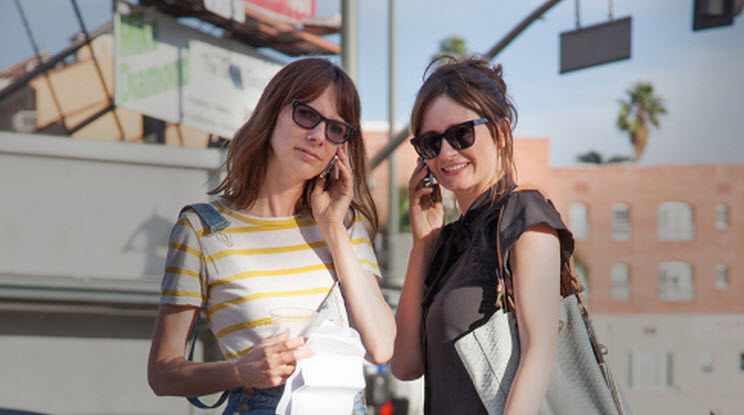 Unlike the series, both actresses have lived in New York for years. Like best friends, they constantly interrupt each other and sometimes say the same thing, just a different way, like, how they both came to live in New York as a result of marrying American.

“We just by chance met Americans and fell in love with them,” says Mortimer. 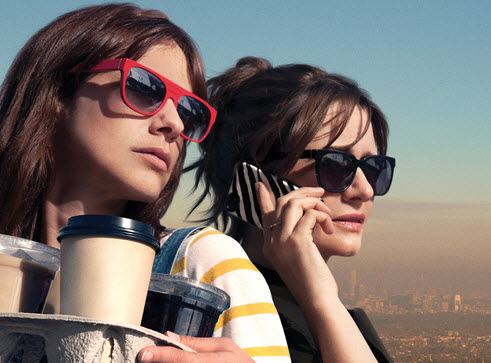 “Dolly met hers years before I met mine, but I met mine about 15 years ago. He was living in LA, and I always thought I was going to get him back to England, but I never managed it. So first we were living in LA and then we moved to New York because his family lives on the East Coast, and also because my dad was getting very ill and old and I was heartbroken to be so far away here, so if I couldn’t get him (husband) to London, I could get him there, at least nearer to London. I got him to New York and there was a house there,so we set up a home there.”

For Wells it was the opposite.

“My husband thought, ‘If I can’t get her to Cape Cod where I’d like to live year around, I can get her to New York, and understanding that I wanted to be near my mother, it’s not so hard to get home and … moving to America was made hugely less terrifying by the fact that my mother was already living in New York.”

Emily added, ” It was the opposite thing where she met her husband, Mischa in London but he was American, and he always had this feeling that he needed to get back to America eventually. With Mischa, he knew it was something that Doll was doing for him.”

Adds Wells: “Emily’s career was fantastic in England but when she moved to America, it’s been a fantastic career and since I moved to America two years ago, it’s also been really exciting, lots of opportunitie, so it’s been great. So I can’t really sit there and say, ‘Ah, our husbands made us move.’”

While both actresses will concede that the need to do a project at home in New York was originally motivated by their marriages, both hastily agree that it worked out well for them.

Indeed, Wells is now a member of the cast of Starz’ Blunt Talk, a new comedy starring Patrick Stewart, about a British journalist pegged to head up a CNN-style talk show, but he bungles it at ever opportunity

“We’ve managed to have it so that we’re a street apart from each other, which is just amazing, and I just love it!” adds Mortimer Mortimer.