If you’re a fan of those 1950s musicals or Doris Day/Rock Hudson rom coms, then you know exactly what I mean when I say Amazon’s Mrs. Maisel is a dramedy with a touch of the whimsical.

The technicolor-style setting displays all bright colors, with quick cutaways to scenes featuring a dramatic or comedic theme then onward to the next. And it has one central motif: It is set in 20th-century bustling, multiethnic, multiracial New York. Even in the 1950s there were Black and Asian people walking the streets and working side by side in the Big Apple. In other fictional 1950s–60s shows such as Mad Men, viewers don’t always get to see that everyday diversity.

The sets and the period costuming will take you into a sort of candy-cane fantasy of mid-20th century New York, which can be fun after a long day in the 21st century real world. 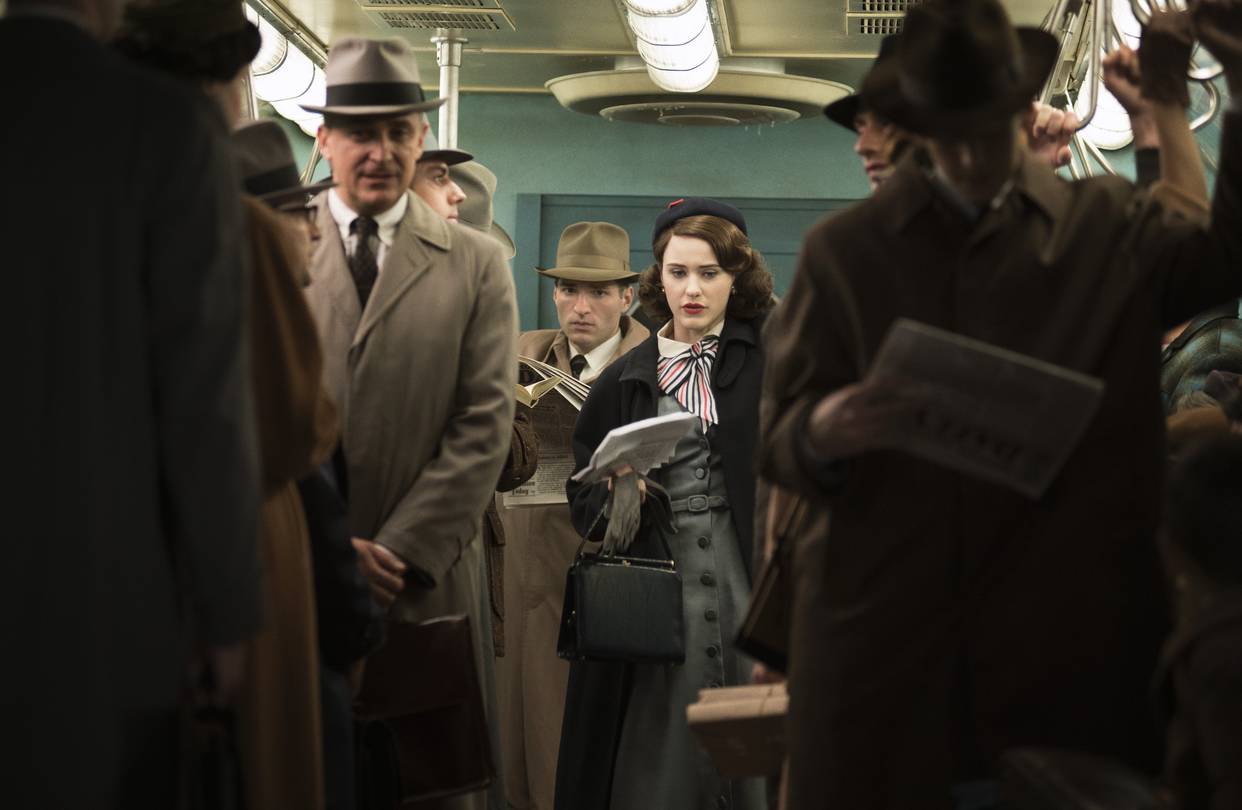 The Marvelous Mrs. Maisel is also worth watching because it goes into the well-known as well as little-known culture of the American Jewish family. Even though it is set a long time ago, many of these values still seem to hold.

Above all, the series is about family and friends. The Maisels and the Weissmans are Jewish. Many of their friends are Jewish. The shows uses Jewish schtick (although the comedic and dramatic situations are something anyone can relate to). The characters have pride in their religion and culture. They are clearly educated and upwardly mobile

The concept of the show is also entertaining. The stand-up pieces, included in the writing of executive producers Daniel and Amy Sherman Palladino and the writing staff, are clever and evergreen.

The origin of Mrs. Maisel is allegedly loosely based on comedians that burned brightly for only a little while and whose names are barely remembered now, such as Totie Fields, Betty Walker, or… Moms Mabley. Every ethnicity, culture or race has similar rites of passage, dreams, desires. However, in the 1950s, those dreams for all weren’t widely shown. With the exception of a few appearances on variety shows, people of color were TV no-shows. 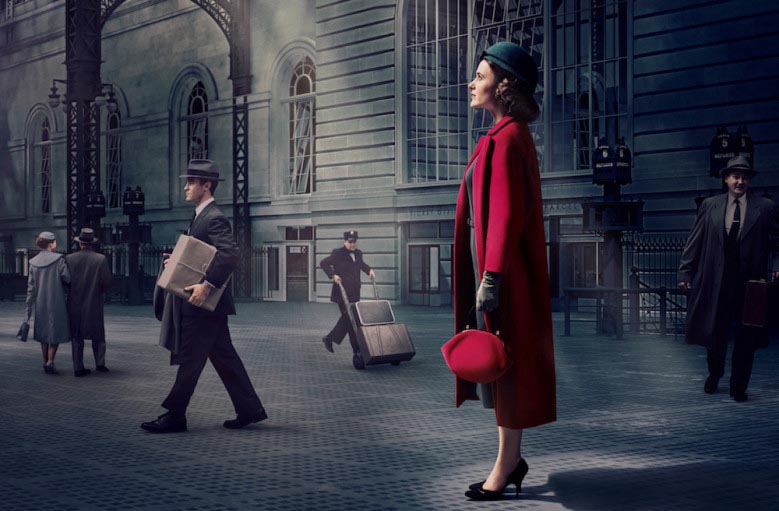 Shouldn’t we have more shows from this time period featuring people of color with plotlines that are not always about the struggle but the striving? Imagine pitching the concept of the show (with any race or culture) to Hollywood. This could be the scenario.
Fade in to The Marvelous Mrs. Jackson. Set it in a glamorous bygone era of Pittsburgh and focus on Mrs. Jackson finding she has a talent for singing or playing the
piano. Follow her somewhat comedic efforts to break away from her bougie family’s desires that she remain a wife, mother, and soror.

Her father and mother are both teachers at a prestigious Black college, and Mrs. Jackson married her college sweetheart before starting a career. Her husband works for his father in their uber-successful garbage disposal business and he likes to sit in with the musicians at jazz clubs in his spare time. Mrs. Jackson is all about it but, well, her hubby is just mediocre but guess what? She’s a powerhouse! She can really sing and play piano. Trouble and hijinks ensues.

How about the The Marvelous Mrs. Umeki. Set in San Francisco in a glamorous bygone era, Mrs. Umeki has a talent for acting and really wants to pursue it, but her husband wants her to settle down and make him a father. So far, they haven’t become parents and frankly, Mrs. Umeki wants to wait.

A friend has told her about a talent scout in Los Angeles, and so Mrs. Umeki has been sneaking into a local club and doing improv on the nights when he’s in town scouting for talent. She tells her husband that she’s “playing mahjong with the girls” and each time a friend vouches for her.

Sometimes Mrs. Umeki even calls hubby from the club.

Or, The Marvelous Mrs. Patel. Set in British India in the 1950s, Mrs. Patel discovers she has a talent for broad comedy and wants to become a comedic actress. She discovers a kindred spirit in another actor also trying to make it in comedic films. Together they get involved in subversive comedy projects, often putting them just under the radar of the current morality laws.

Mrs. Patel loves her husband, but she needs this outlet for her creative energies. However, it’s hard keeping this side of herself away from him and the children. Not to mention the parents and in-laws, who constantly fight about everything including Mrs. Patel. Drama and some comedy ensue.